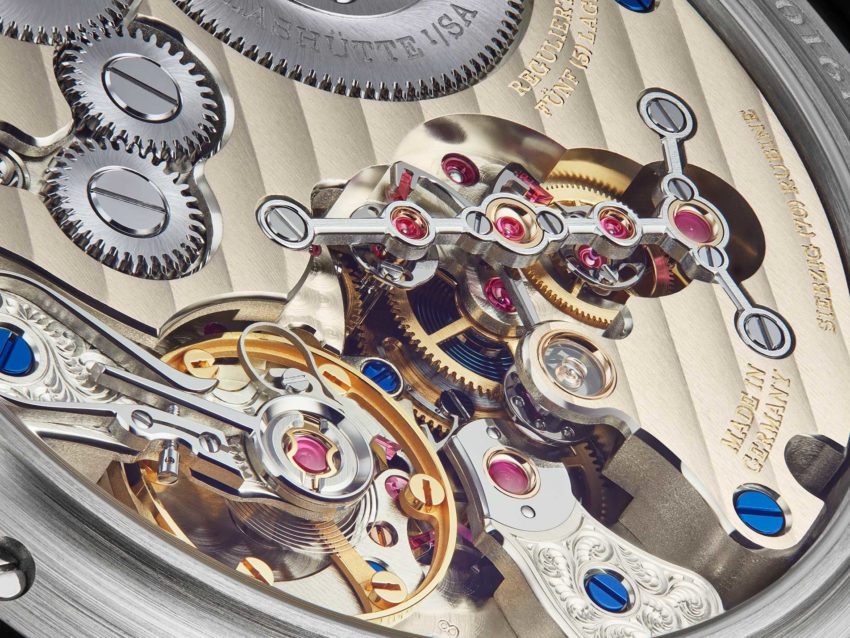 Watches & Wonders seems to have come as a let down for many this year. While the Explorer II probably wins for the most underwhelming “new” release, a bit of a small sensation has not gone unnoticed with the crown’s second brand. Of all possible discussions since the Watches & Wonders, the display case back of the new Tudor Black Bay Fifty-Eight 925 is one of the most vivid.

In this post, we’ll explore the raison-d’être of see-through case backs; its ethos and pathos if you will. Let’s start by looking (pun intended) at if from the owner’s perspective.

I’m the first to gladly admit that I love elaborate display case backs. My first mechanical watch featured one; the calibre based on the Valjoux 7750. My enthusiasm for the watch couldn’t have been greater, since I at the time knew very little about watch making, movements and the like. Had the case been solid, the mysterious inside would have been left to my imagination. There might even be a chance that I wouldn’t have appreciated the watch as much as I did. In short: the see-through case back made me value the watch much higher.

Those who like it, do that for two reasons mainly. First, being able to see (and possibly show) the mechanical works inside the watch. Second, the movements may be very aesthetic and thus give the time piece a different artistic dimension. It’s difficult not to get fascinated by the minute details and the tiny mechanics working like a … clockwork.

The school of watch owners that don’t prefer the see-through case back have some solid arguments too. See-through case backs are, literally, quite impractical. They have no practical value in terms of time keeping or functionality of the watch. Generally, they’re only open for business when the watch is off the wrist and possibly exposing the dial glass when lying upside down. Second, the glass adds a mechanical vulnerability of the integrity of the watch. More on that later.

Since most people don’t really do saturation diving, the more common reasons for frowning upon display case backs are related to the design of the watch. Typically, these are versions of the idea that a see-through case back is a show-off gimmick.

The final argument – that a solid case back can be engraved – does not hold water though. While glass evidently also can be engraved, very few watch owners do personalize their watches’ backs.

With that, one would, could and probably should want to conclude that see-through case backs are just a matter of preference. Think again.

Making a display case back work

When a watch maker decides to add the backside glass, this is based on a design philosophy for that specific watch. As related, this appeals to those who do prefer the movement to be on show. However, there is a technical consideration associated to this.

In contrast to the glass on the dial, the case back glass is thinner and generally not fitted with a gasket. While there are watches with significant depth rating (Omega Seamaster PO 600mm for example) with see-through case backs, there are watch makers testifying that it can be tricky to assure the water resistance once the glass has been removed or replaced during service. For most watch owners, this is still mainly a theoretical problem. Again, few of us would wear a high-end time piece when exploring a wreck.

Instead, this is primarily related to how different design combinations together. Think of it in the sense of that you wouldn’t replace the racing seats in a Lamborghini with comfy, padded leather seats (or, inversely, add a spoiler to a Rolls Royce).

See-through case backs are therefore atypical for tool and diving watches, where utility and functional design is part of the concept. Dress watches, pilot watches and all sorts of racing chronographs on the other hand are completely liberated from being required to withstand the laws of physics in any extreme form.

Checking all boxes so far might be all well and good. However, just like at the beach, you may want to be comfortable about what you’re showing off.

It’s easy to understand how and why haute horlogerie watches have nothing to lose in terms of showcasing movements. Rather the contrary. Many of the extreme upper-end watches have elaborate, sometimes even handcrafted parts that would be tragedy to lock into a solid case. (This is by the way a good counter argument for those claiming display case backs are gimmicky show-offs).

Movements on the complete opposite end of the scale are not necessary exempted from this either. For example, the notoriously simple ST 1901 is often shown on full display for good reason. Both ETA 2824 and its counterpart SW200 are frequently on show. Even the mass-produced Powermatic 80, by no means a stunner, pull it off decently.

With that, it’s time to address the inevitable and perpetual discussion about the Rolex’ case backs.

The world’s largest watch manufacturer (in terms of revenue at least) is notorious for having solid case backs. It’s equally notorious for its high-quality in-house movements. So why letting the world view these small features of wonder?

A significant part of Rolex’s brand identity comes from its heritage in diving watches. One of the perhaps most sought-after watches, the Rolex Submariner, is nowadays as much a piece of jewellery as it is a tool. Nevertheless, sacrifying its integrity by opening the case back would perhaps be an even greater sacrifice to its identity. This is what a vast majority of Rolex fans probably will argue, but also require.

Rolex’ success comes from a long-term devotion to its philosophy and heritage. This has led to the inevitable situation where the freedom of creativity is very limited. Any step too far off its domain and the trademark value may take a hit. Enter Tudor.

Rolex’ dual brand originates from covering a greater part of the market without watering out the value of the main brand. Tudor has been and still is the “value for money” Rolex, where most of the advances in Rolex’ technology is available at a smaller penny. Recently, Tudor has also become the creative outlet for the group. When anything else than tiny changes are allowed on the Rolex’ models, Tudor watches can move more freely in various design directions. And in the case of Watches and Wonders 2021: Tudor did exactly so.

The Tudor Black Bay 58 is inarguably one of the most popular 39mm watches around. So much so that waiting lists apply. With the trend making watches out of more precious materials, the new model is made in a silver alloy. Sporting a stylish grey bezel and dial, the new model comes at a significantly higher price tag, justified primarily by the silver alloy case. It also comes with a display case back.

The MT5400 movement is praised for its accuracy and high quality. One of the alleged reasons for the regular Black Bay 41 increasing in thickness was the change of movement from ETA-2824. The Black Bay 58 is sleeker at 11.9mm, a solid contributing factor to its popularity. Showing the marvellous MT5400 movement would therefore arguably be a smart move? Not quite.

Anyone who has seen the interior if a Rolex knows that the movements’ visual aesthetics don’t quite match the technical qualities. This also applies for MT5400 movement. The case back experience is as underwhelming as that of a Seiko Sea Urchin (SNZF17). In addition, the idea of keeping a tool/diver watch integrity seems also to have been compromised. One starts to wonder what is most boring: a blank, solid case back or a bland visual image of a movement? One might even wonder if a technically inferior movement with a more attractive appearance is more desirable.

At the same time, Tudor released two new chronographs. One could wonder why they weren’t equipped with the display case back instead of the new BB58?

There is no firm, objective conclusion on the topic. I doubt there can be. The debate on whether Rolex watches should sport see-through case backs or not, could include a third element: engraved/embossed (solid) case backs. What would that do to the brand’s identity? In the end of the day, since any average watch buyer reasonably can’t buy a new Rolex from an AD, why bother?

Thankfully, there is about 300 other Swiss brands which all have various degrees of unique design. Which means, there are plenty of case backs to choose from for any type of preference.

I prefer my divers with a solid, embossed case back and virtually all others with a glass on the back side. What do you prefer?

With that, I think it’s time to move to more important topics in life.