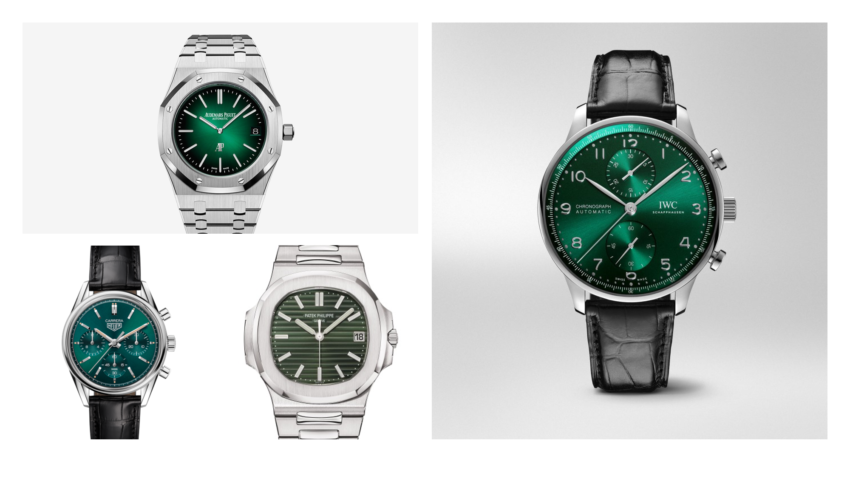 What are you wearing today?

I love “What are you wearing today?” threads. Seeing varied wrist shots and clever watch placements
are really fun and inform upon my wider perception of brands. It also gives me a chance to see how a
random watch looks like in the wild. Heck, I may even start obsessing over a watch I saw that I never
thought I’d like. I think we’ve all been there.

If I want to see watches of a particular brand, I am best served in a forum dedicated to a particular
marque. For example, “Sinn Watches” on Facebook. Equally, it makes sense to visit a broader and
more popular group, such as “Drinking Coffee & Talking Watches”, to check out a much more varied
range of watches. However, I often double check what group I entered as more often than not, the
watches you tend to see, or at least ones that get the most traction, are only from a few watch
brands. You know which ones I mean, Rolex, Omega, Tudor, Seiko and anything else that is “IG-
worthy” (AP, PP, RM etc)

This is baffling as one would think that in larger groups, a wider range of watches would be talked
about. But that’s simply not the case and I wanted to know a little more about this.

The science of group thinking

I came across this study that explained how large watch groups can filter watch diversity in such a
way, that leads communities toward convergent and replicable trajectories in watch-related
discussions. In short, big open watch groups tend to drift towards and mainly talk about The Crown.
Not the show, but THAT watch brand.

In this study, an experiment called “Grouping Game” was created to see how random words (called
“labels” in the study) gain or lose traction in smaller and larger population sizes. The findings were
interesting.

The range of wider watch categories (more brands) finding traction are larger in smaller populations.
From the study:

“In small populations, common labels were not sufficiently reinforced to reach the tipping point needed
to trigger widespread adoption. Consequently, small populations were significantly more likely to
adopt rare labels, leading these populations to follow divergent evolutionary trajectories.”
However, in larger groups, whilst many more watch brands are introduced, certain ones (Rolex,
Omega, Tudor etc) gain a critical mass of interest and thus dominate screen time over other watch
brands (“rare labels”) which are just as intellectually similar.
“Increasing population size significantly increased the likelihood that common labels (like “crab” and
“bunny”) would be reinforced and adopted, while significantly reducing the likelihood that rare labels
would spread”.
“This suggests that the adoption of these labels is not strictly determined by their cognitive appeal,
but rather by the fact that they are more likely to be reinforced and reach critical mass in larger
populations”.

The reason I ask this is because in this same study they did a counterfactual exercise whereby “if we
artificially inflated the popularity of infrequent labels to reach critical mass, would this trigger
convergence on those labels rather than on more cognitively appealing ones?”
The answer to this was a resounding yes. What that means is that when communities obsess about
only a few watch brands, could another brand be obsessed about if its frequency is artificially inflated?
Of course! Blame your influencers and reviewers who are paid to review random watch brands
constantly. Not me, or us at Joe and Watches, mind ;).

But we can also touch upon another theme we have been seeing in the watch community. Green
dials!

Rolex used green at least in bezels and I remember Sinn bringing out a green dial U1 years ago as a
limited edition and whilst it found some traction, the wider community didn’t obsess broadly. Watch
brands didn’t adopt “green”. “Green” wasn’t to be the new “blue”.

However, in the last year or so, green dials have become ubiquitous. The watch community from a
consumer perspective, never shouted out for green. If you search watch forums for the last few years,
there is clearly a lack of critical mass for green dials to have become so popular.

But this green theme has been inflated in social networks lately and it has found meaningful traction.
Case in hand, the story of the discontinued PP Nautilus. Not even a year has passed after the RIP
message, that a final release of the 5711 Nautilus came out – in green!

So much green was shoved into our minds that we became green with envy of anyone who had a
green dial. Thus, it can be argued, that a critical mass was largely artificially created by watch brands
who probably knew how to make this dial scheme so popular.

You and I know, human psyche won’t change. I know that if I was in that study, I would have probably
fallen in line with the wider findings. This means that in aggregate, my quest to see a wider range of
watch brands in large and popular groups (ones not dedicated to any one particular brand) will be
very tough, futile even. There are no surprises here as the same phenomenon is apparent in other
passions as well, whereby a few brands or items, simply find more traction than other equally levelled
things in large communities.

Therein lies the beauty however, namely “knowledge is power”. What the study has shown us, is that
in smaller populations, there is a better chance to see “rare labels” – more diverse watch brands.
Therefore, depending whether I am in a “watch discovery” mood, I will probably frequent much smaller
watch groups in order to maximize my chances to learn about new time pieces. This isn’t hard as the
search function on Facebook for example, can present the numerous watch groups available and you
can compare membership sizes quite easily.

Try it out and let us know what new watch/brand you’ve discovered.