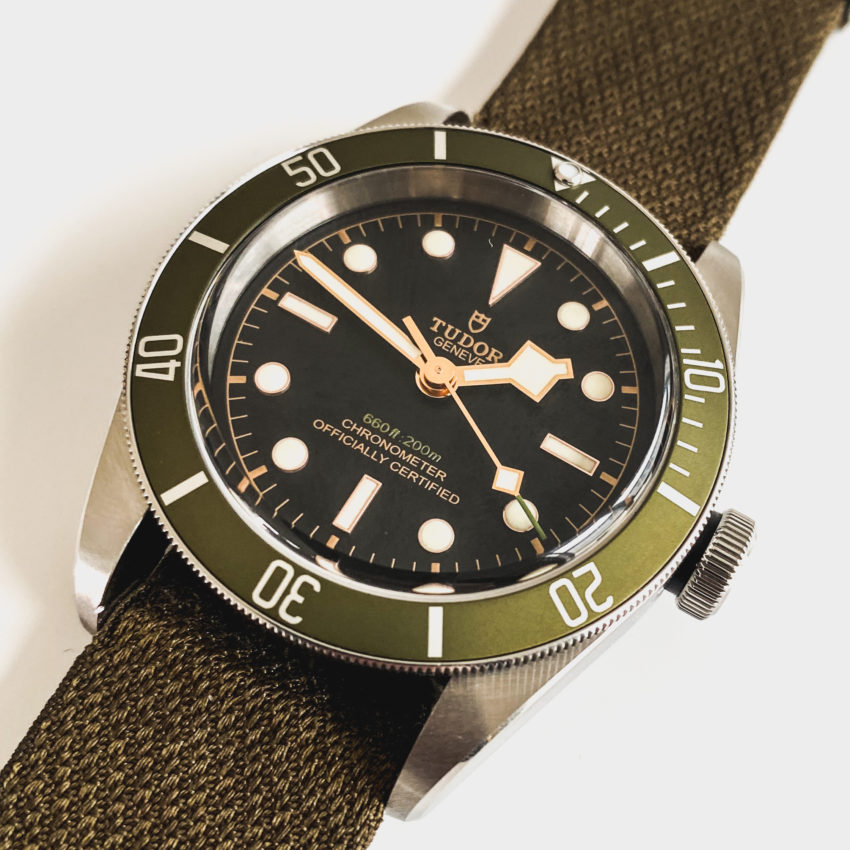 In a few days, one of the most exciting releases will take place. Both Rolex and Tudor are will announce news on Wednesday 7th April and speculations are running wild. A new Explorer II seems most likely for the crown, whereas for Tudor, well, I could think of adding a nice chrono to the line-up in addition to their Black Bay version. On the topic of speculation, in this post I’ll elaborate on some thoughts related to how the immense popularity of the Submariner seems to have a knock-on effect on the perception of Tudor too.

I’ll start with some conclusions and disclaimers: I have no reason to think that Tudor Black Bay will emulate the Submariner’s position. I also don’t think it’s very likely that Tudor will bring back the Tudor Submariner.

From available to unavailable

Half a decade ago, one could stroll into virtually any Rolex AD and pick up any of the steel models. For some, a traditional discount would not be unheard of either. The discounts started disappearing in 2017, followed by shorter waiting lists that suddenly started getting longer and longer. Two years later, most AD’s even stopped running waiting lists, as there was no guarantee for delivery in any foreseeable future. Only known, long-time or high-value customers seemed to be able to get on the lists.

By chance perhaps, Rolex has now joined the “unbuyable’s club” of AP and PP. The latter even announced that they will quit producing steel versions of their iconic Nautilus Ref. 5711. Wait, what? Why would one of the most sought-after watches suddenly go out of production? Even Rolex have hinted as to focusing less on steel versions of their models. Still though, ”everybody” wants to buy Rolex.

The secondhand and gray markets price the Rolex Submariner at close to 200% of the RRP. The latter has increased about 25% in the same period of time. The Basic economic principles of supply and demand are easy to understand. What many people have been asking is why the output isn’t increased to reflect the demand? Buyers with a bearish outlook believe in inflated prices that will be adjusted once the supply goes up. But will the output increase? Think again.

What many seem to forget is that Rolex is freed from having to display improved figures year on year in quarterly and annual reports. Rolex are essentially free to do whatever they want being owned by the founder’s trust. This means that its brand and trademarks can be cultivated on the expense on not maximizing growth potential.

Also, one shouldn’t forget that Rolex today is the watchmaker with the highest turnover anyway. Which means that the position they’re in right now may well be where they want to remain. From a business perspective, this is indeed proof of successful long term strategic thinking, on the topic of quarterly results… Let’s look at the prospective buyers.

This is to a large extent true. Quoting a fellow watchman:

“There are many pieces out there that are more beautiful, but I can’t afford losing money on an expensive watch”.

Rolex has a high traction with buyers that have financial motives and those that have a desire to emit status and prestige. Then of course, there are those that in fact love the watches. With the increased prices and limited supply, will the prospective buyers agree to wait until they get a watch or can afford one on the secondhand or grey markets? Chance are they won’t. Enter Tudor.

What Tudor is and isn’t

Tudor is owned by Rolex and was an outlet for Hans Wilsdorf to sell and market watches in a lower price range. Tudor’s watches still are and will remain in a lower segment than Rolex (as the owner don’t want the brands to compete in the same market). However, design-wise Tudor has been able to go its own way. Some even refer to Tudor as Rolex’ playground when not allowed to make any daring changes to their overly successful line-up.

With last decade’s trend towards vintage-looking, heritage models, Tudor has been able to do exactly this with the release of Black Bay in 2012. Classic Submariner features mixed with modern design elements and the iconic snowflake hands has yielded a piece that is truly loved by the fans. Not only is the RRP significantly lower than for the Submariner; the Black Bay is also available at the AD’s. This is clearly reflected in the secondhand prices which typically range in 25% below RRP.

State of the art heritage

Next to the Tudor Black Bay, Tudor has also been very successful with the slightly larger professional diver Tudor Pelagos. Its left-hand version with fauxtina lumed hands and indexes and roulette date wheel has become an icon in itself. However, the 39mm Black Bay 58 is perhaps one of the most popular watches below 40mm.

Inside the modern Tudor divers is the in-house MT5813 movement that Tudor also supplies to Brietling (MT5612). COSC certified and 70 hours of power reserve clearly speak the seriousness of Tudor’s approach. The detailed finishing is extremely high but without the exotic materials (such as white gold) found on the modern Submariner.

Where Rolex is and has become more of a piece of jewelry, Tudor seems to focus more on being a modern tool watch. Wait a minute, didn’t that used to be the success factor of the Submariner?

Where will the Submariner buyers end up?

Suppose you have 5-10k to spend but cannot find the Submariner you want, what will you consider instead? Many buyers seem to standby and hope that the piece they want appears in the market. Some expand their budget and go for the grey market / secondhand price. Others get something else meanwhile.

The something else can be anything: Omega, Panerai, Breitling and sometimes secondhand IWC’s. Not too seldom they end up getting a Tudor. This also seems to apply to Rolex owners who don’t have the pedigree to be favored by their AD yet want to buy new.

There is nothing that indicates a massive surge in popularity for Tudor Black Bay. At least not yet. However, when the prestige-hunting prospective buyers continue talking up Tudor, that could shift quite rapidly. Looking at the revenue ranking, Tudor was outside the top 20 two years ago. In 2020 it climbed to 14th place, taking Vacheron Constantin’s place. In 2018, Tudor wasn’t even on the chart. See for yourself here.

“Indeed, Rolex’s sister brand shows an estimated sales growth of 11% in 2020, which could be explained by the overall attractiveness and quality of the watches, but also by the scarcity in stores of a large number of Rolex Oyster Professional models. “

Three things to look for

It is safe to believe that Tudor’s popularity in large comes from the fact that they make great watches and are appreciated by the market for what they are. However, with increased popularity, they may also be accepted by other buyers, as related. If that is the case, it is worth to monitor the following three things.

Secondhand prices: since the BB are not necessarily kept on stock and the waiting time can be a few months, secondhand prices will quickly reflect any changes to this.

Waiting times: if the AD reports waiting times for up to six months, something is definitely happening. Worth noting here is that the BB58 is currently on a 9-12 months delivery basis and AD’s stopped taking waiting list requests.

Revenue ranking: if Tudor continues to climb the ladder, it is obvious that their popularity is increasing faster than other brands. It could even reinforce Rolex’s strategy of selling fewer steel watches, in that two-tone and golden watches get trendy in the prestige-seeking segment. If your car dealer or the sales reps in your company start sporting shiny TT or gold pieces, well, then you’ve got it.

Even if I believe in an increasing towards Tudor BB when the Submariner is unavailable, it’s worth to remember that this may play out in many different ways. There are many other available alternatives that punch well above Tudor in terms of prestige.

Omega’s higher-end versions of the Seamaster will probably not suffer. Outside the diver watch segment, there are plenty of alternatives although often at a bigger penny. But what else? Panerai? No, way too original for the mainstream buyer. Longines? Not exclusive enough. TagHeuer? Wouldn’t think so. Looking at what is left, the idea of Tudor’s popularity increasing might not be such a wild guess any longer.

Either way, I’m prepared to be proven wrong. Those who really want Rolex will likely still feel inadequate with Tudor.